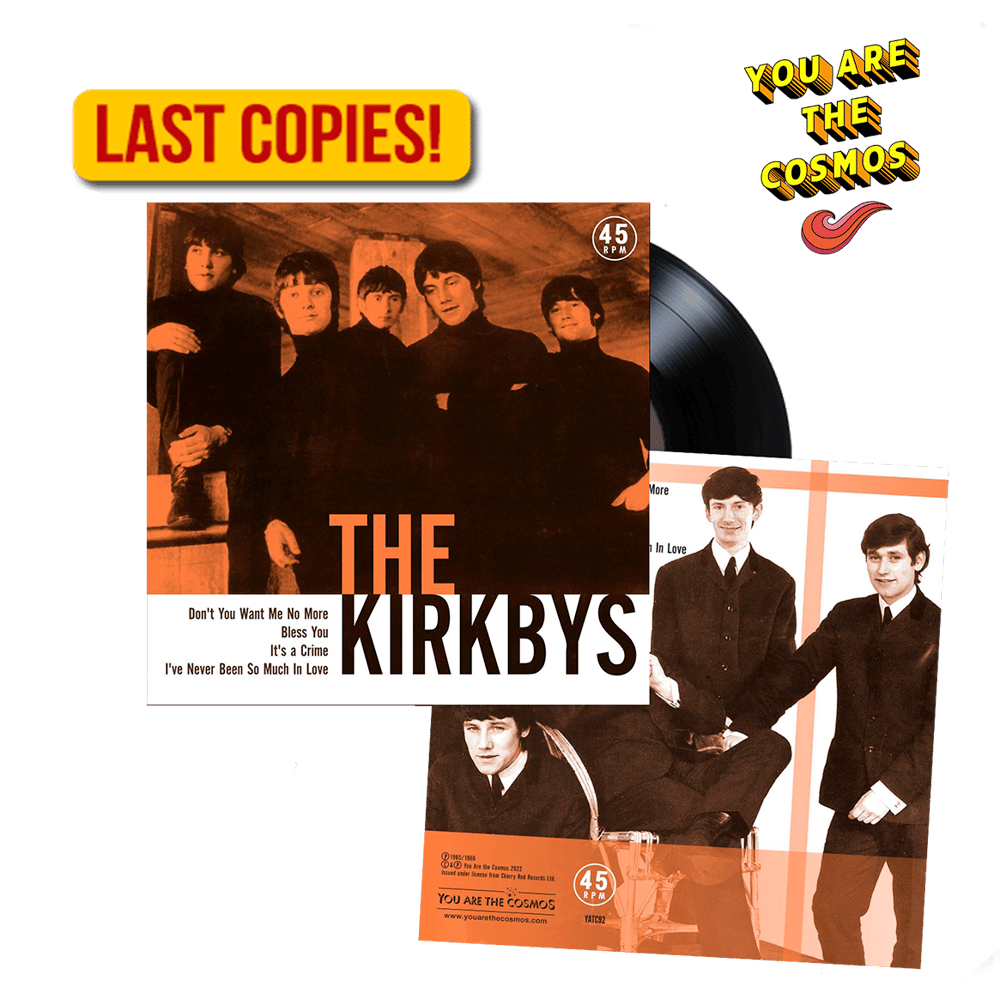 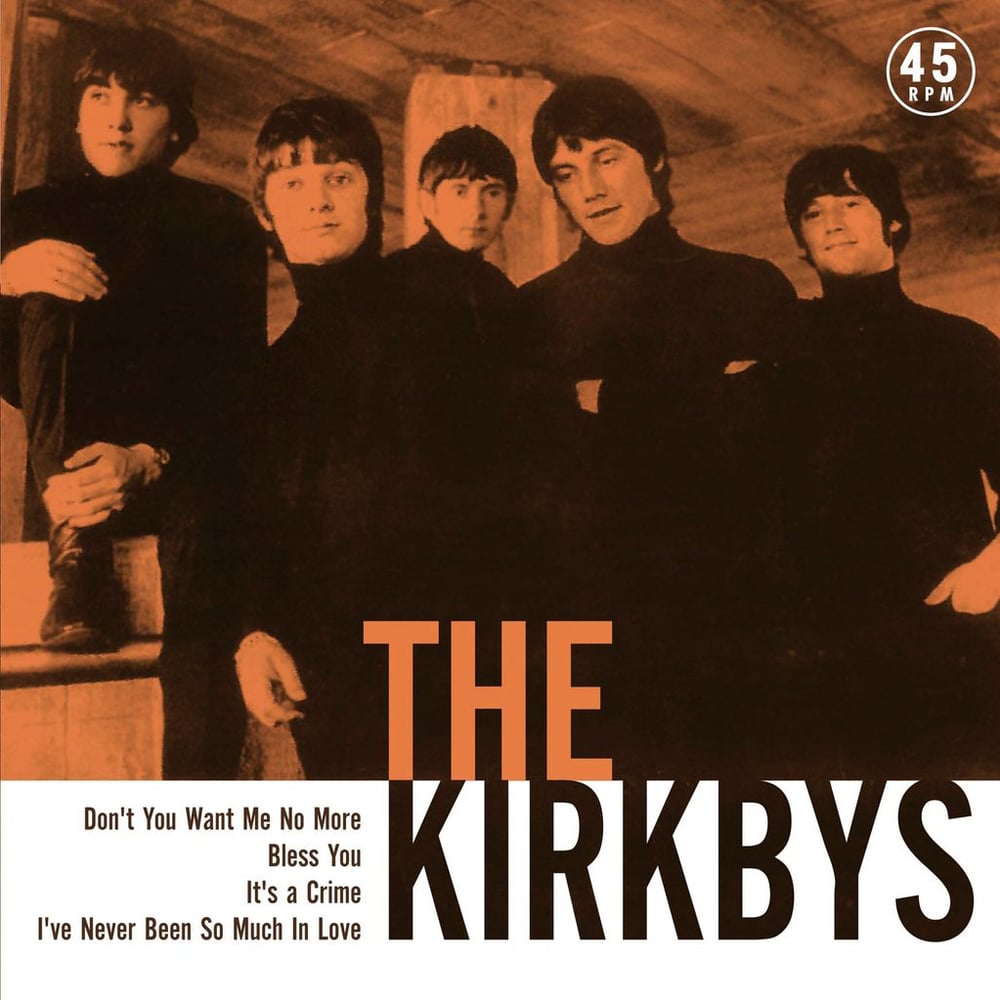 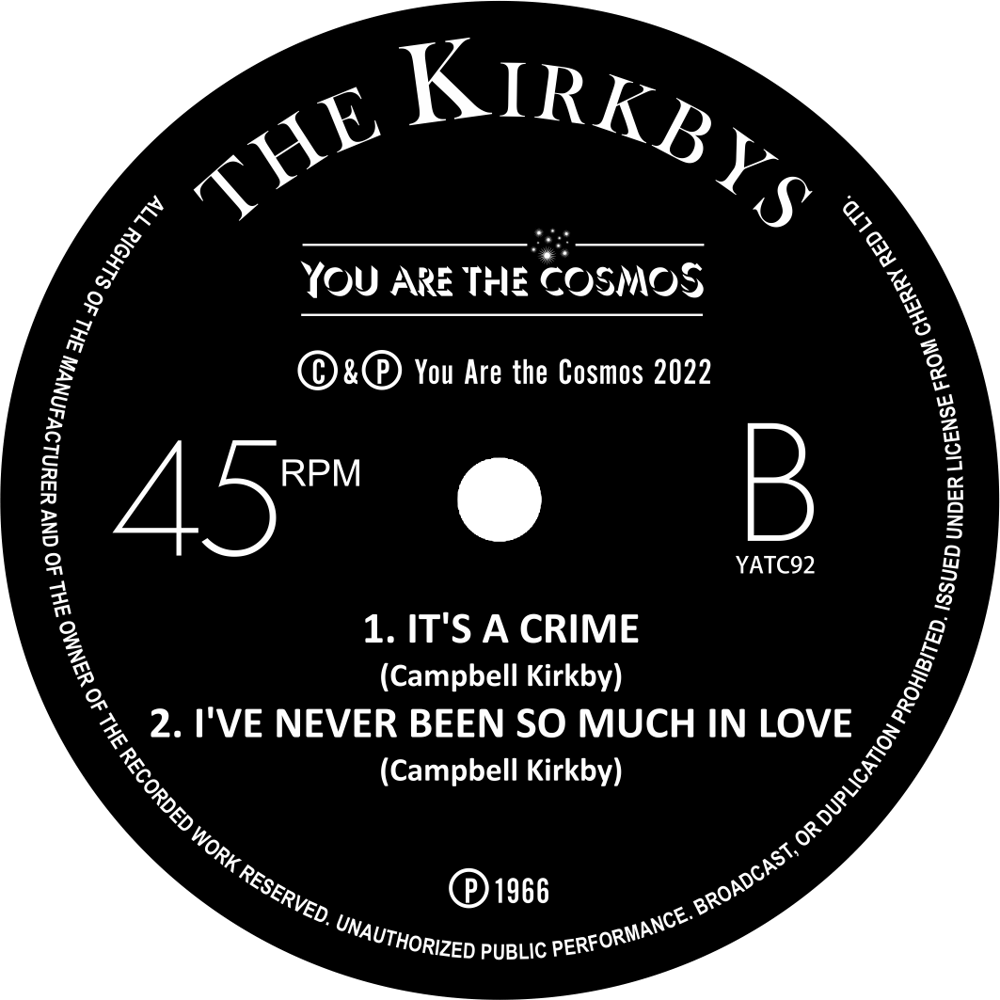 Last copies!
Limited edition of 400
First official reissue on vinyl by the legendary Liverpool band led by Jimmy Campbell, influenced - obviously - by The Beatles, but also by The Byrds’ folk-rock. This EP includes four tracks which appeared on his second and third singles, released by RCA in 1965 and 1966