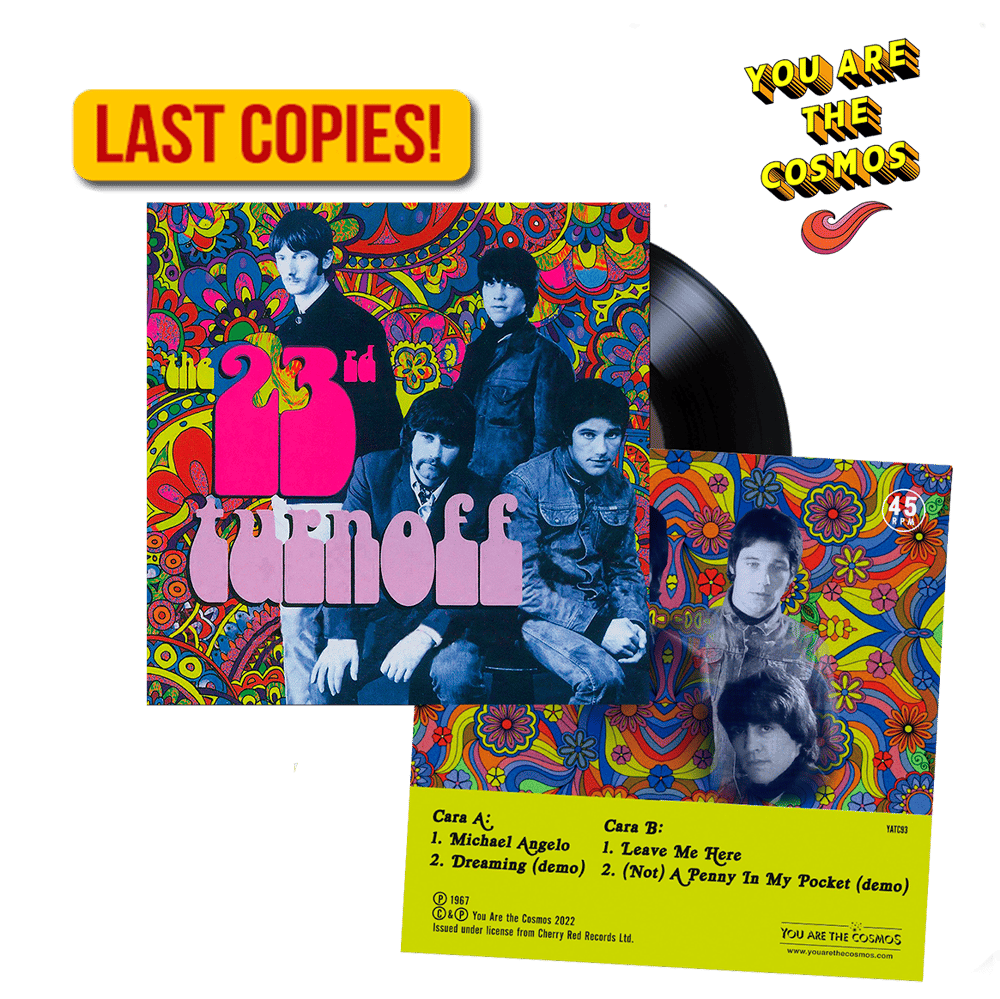 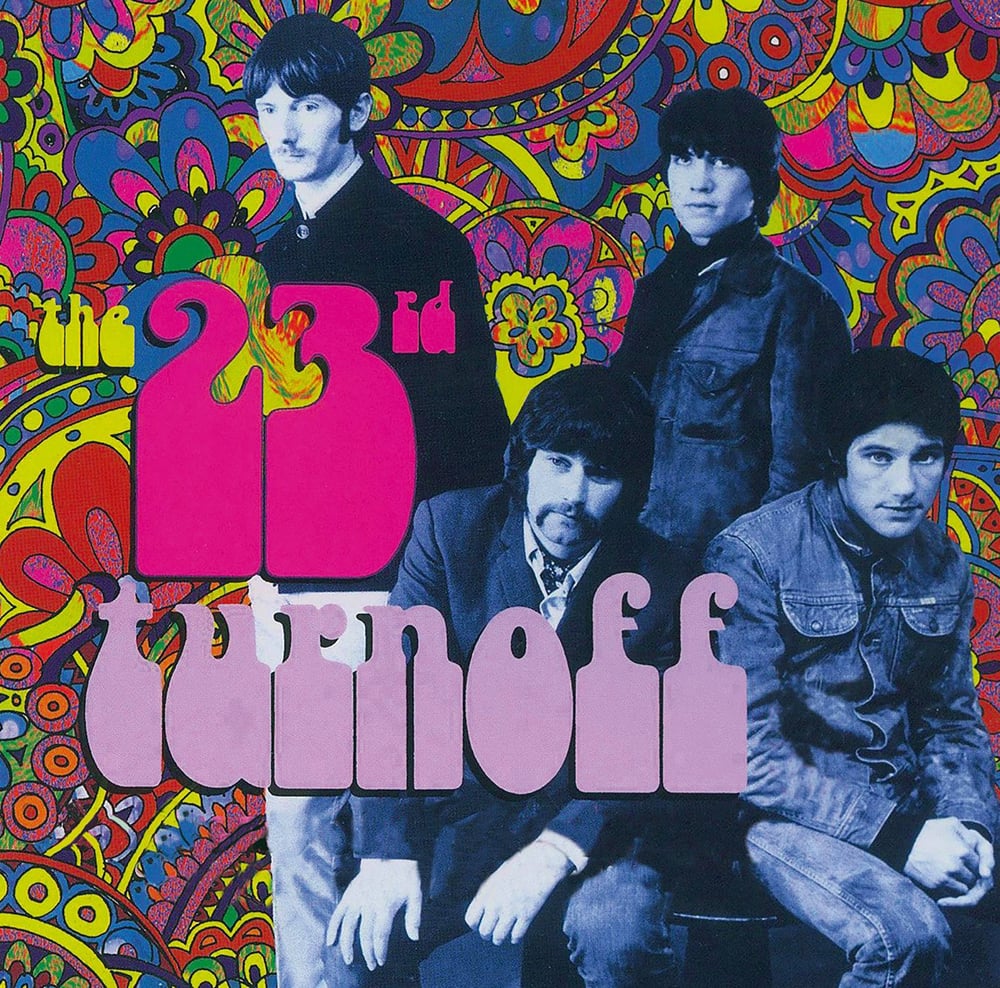 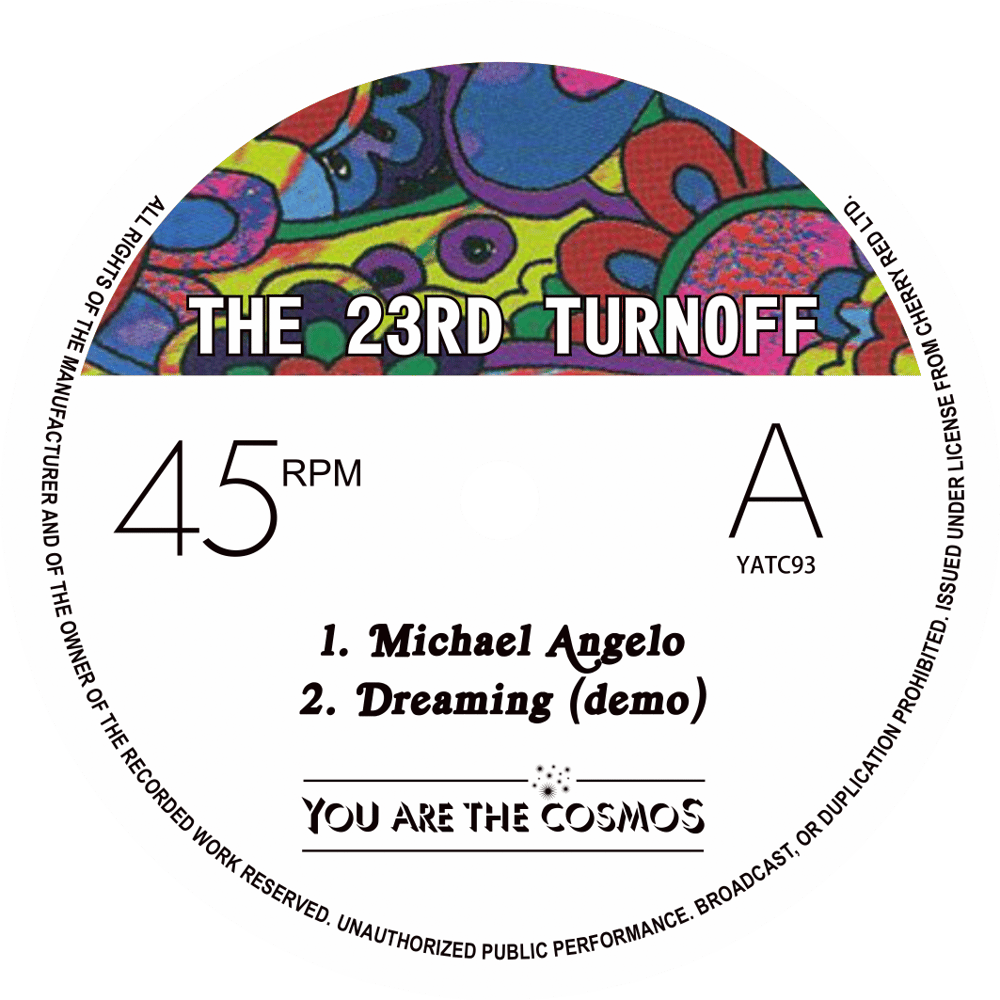 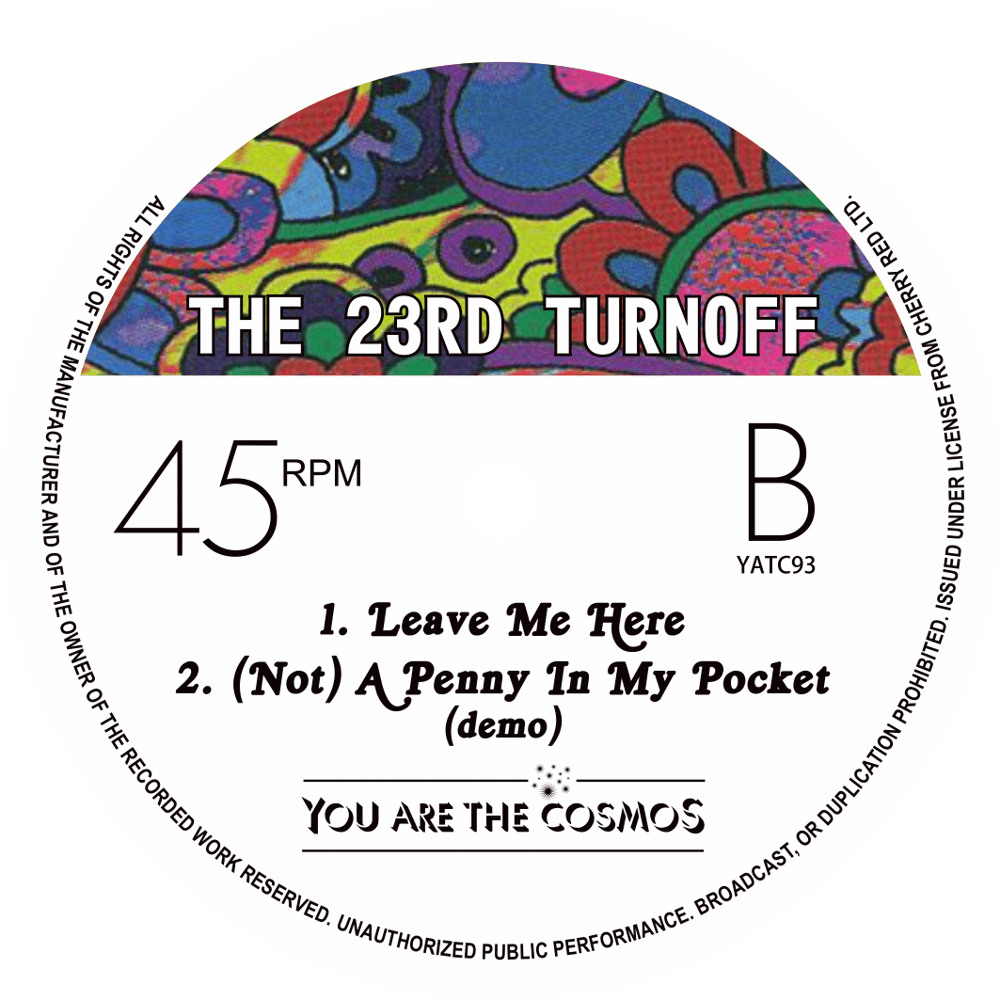 Limited edition of 400.
After his adventure with The Kirbys, Jimmy Campbell formed 23rd Turnoff, much more psychedelia oriented. They only released a single in 1967 which featured the great classic, Michael Angelo (and Leave Me Here on the B Side). Two other tracks, never before released on vinyl, are also included.